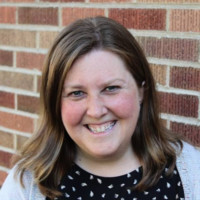 Dr. Meg Stohlmann is an Assistant Professor in the Hayes School of Music where she conducts the Appalachian Glee Club, Appalachian Chorale, Appalachian Youth Chorale, teaches and coordinates Class Voice, supervises choral music education practicum and student teachers, along with offering seminars on musical theater and American Black composers. Originally from Santa Rosa, California, Meg taught choir and guitar at the middle and high school level in Lexington, KY for six years and conducted the Danville Children's Choir. Her children's choir and high school advanced women's choirs performed at the Kentucky Music Educators State Conference in 2014 and 2015, respectively. She earned her Doctoral of Musical Arts Degree at the University of Washington and Masters degree in Voice Performance and Choral Conducting from the University of Kentucky. A graduate of the United States Air Force Academy, Meg also served on active duty in the Air Force for 5 years in Arizona, Korea and Germany. She separated from the military in 2004 to pursue a second bachelor's degree in Music Education at Sonoma State University. Meg's lifelong love of choral music began as a charter member of the Santa Rosa Children's Chorus where she sang for over 10 years and credits with her decision to make music education her career.