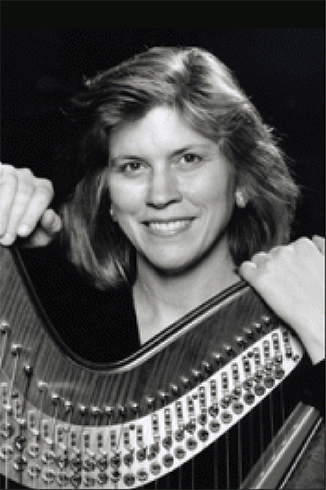 Jacquelyn Bartlett is a native of Detroit. She graduated with honors from Interlochen Arts Academy and attended the Oberlin Conservatory of Music. She began her musical studies with her mother, a harpist with the Detroit Symphony. Other teachers included renowned harpitsts Carlos Salzedo and Alic Chalifoux.

Ms. Bartlett has performed with many of the leading orchestras in the U.S., including the Detroit Symphony, the Kansas City Philharmonic, the North Carolina Symphony, the Milwaukee Symphony, and the Baltimore Symphony. She has worked with some of the world's most distinguished conductors including Eugene Ormandy, Sixten Ehrling, Sergui Comissiona, Aaron Copland, Thor Johnson and Pierre Boulez.

As a soloist and chamber musician, Ms. Bartlett has toured extensively and recorded a disc with the Mallaremé Chamber Players, titled Music for Harp, Flute and Strings, distributed by Albany.

As a harp teacher, hshe has taught students who have garnered top prizes in many competitions including the American Harp Society Competition.