From Feb. 17-19, the Appalachian Wind Ensemble and Jazz Ensemble I will perform their first Spring concerts for the campus, community, and Northwest District Band Clinic students.

Join us for these concerts in the Schaefer Center:

Face coverings will be required for audience members and physical distancing is recommended. No tickets are required.

Directed by Professor Todd Wright, the Jazz Ensemble I consists of nineteen excellent student musicians and, for this concert, guest trombonist Michael Dease.

Jazz Ensemble I will perform their full program on Thursday, February 17 and an abridged program on Saturday, Feb. 19.

“For decades, the Jazz Ensemble I has performed with guest artists as part of the Northwest District Band Clinic,” says Professor Todd Wright. “In the past, we have featured artists such as Benny Golson (tenor saxophone), Ingrid Jensen (trumpet), Randy Bracker (trumpet), Steve Wilson (drums), Peter Erskine (drums), and many others. I am excited for the band to collaborate with Michael Dease and for the visiting students to hear his performance.”

The program will be selected from the following pieces, which are favorites of Michael Dease and the Jazz Ensemble I:

Guest Artist: Michael Dease is one of the world's eminent trombonists, lending his versatile sound and signature improvisations to over 200 recordings and groups as diverse as Grammy-winning artists David Sanborn, Christian McBride, Michel Camilo, and Alicia Keys. Dease was part of the historic first class of jazz students at the Juilliard School, earning both Bachelor’s and Master’s degrees, and quickly established a reputation as a brilliant soloist, sideperson, and bandleader. 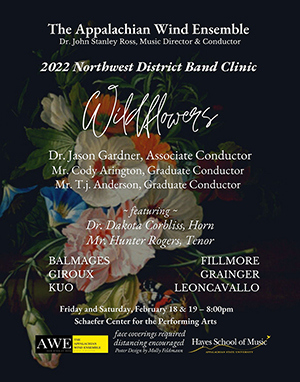 Summit City (2006), Brian Balmages (b. 1975) - This energetic concert opener is based on a single rhythmic cell that transforms over the course of a captivating musical journey.

Récitar, Vesti la giubba (2017), Ruggero Leoncavallo (1857-1919), arr. Jos van de Braak - In this famous aria from the opera Pagliacci, thecharacter Canio laments that he must go ahead with his evening performance and play the clown while his heart is breaking after discovering his wife has been in a love affair.

Riften Wed (2013) Julie Giroux (b. 1961) - This love theme is the soundtrack for weddings from the epic video game world of Skyrim, portraying commitments in a deadly world of high fantasy and danger.

Wingspan (2015), Gary Kuo (b. 1965) - Portraying the magic, majesty, and beauty of flight, Wingspan is the first venture for solo horn and concert band by composer Gary Kuo, winner of six Emmy awards for his work in television.

Lincolnshire Posy (1937), Percy Aldridge Grainger (1882 - 1961) - This suite is in six movements, all based on folk songs from Lincolnshire, England. Composer Percy Grainger's settings are not only true to the verse structure of the folk songs, but attempt to depict the singers’ personalities from whom Grainger collected the songs.

His Honor (1934), Henry Fillmore (1881-1956), arr. Frederick Fennell - The title refers to Mayor Russell Wilson, a man who impressed the composer with his sense of humor as well as his executive ability. With its unexpected melodic and rhythmic changes and its various performance possibilities, His Honor is one of Fillmore's most popular marches.

The students rehearse over the course of several days under the baton of nationally prominent guest conductors, culminating in a performance in the Schaefer Center for the Performing Arts.

The 2022 guest conductors are:

The Hayes School of Music is essential to the clinic weekend. Students in the Rho Tau chapter of Phi Mu Alpha Sinfonia and the Iota Omicron chapter of Kappa Kappa Psi execute all of the behind the scenes work that enables the clinic to run smoothly and efficiently. Middle and high school students enjoy their experience on Appalachian State University’s campus, making memories and building musicianship for life. 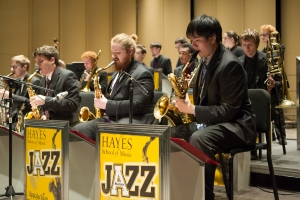 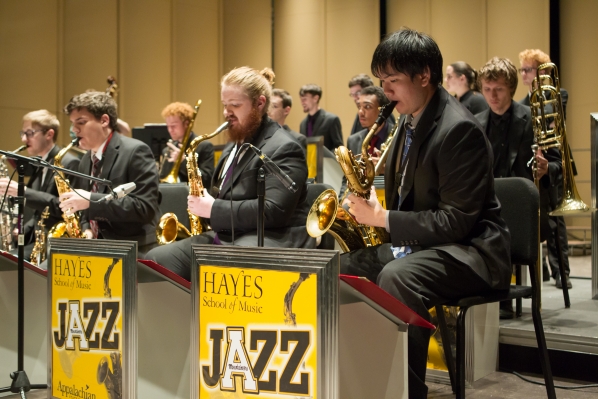