Talent may get you so far, but networking and hard work are what really breed success, according to Bobby Sain '10 of New York City. And since graduating from Appalachian State University's Hayes School of Music, Sain has had plenty of success.

He raised $3.5 million as an associate producer to bring the historical fiction drama "Lee Daniels' The Butler" to the big screen in 2013, and is a co-producer on the Broadway version of "Rocky," which opens in March 2014. He co-founded Dominion Pictures in 2013 with Tony Award-winning Broadway producer Carl Moellenberg and together they have co-financed their first project, Brian Kavanaugh-Jones' film called "Newcomer." They also are launching two innovative investment strategies for accredited investors interested in supporting future film and Broadway productions. In addition, Sain operates his own professional training and coaching system through his company called SpkRich (pronounced Speak Rich).

"It all comes down to believing something and correlating your actions with what you believe," said Sain, a music industry studies graduate from Lincoln County.

During a recent campus visit, Sain spoke to music industry studies student with the confidence of someone far more seasoned than 26 years old. He said he's thankful for Appalachian's caring, attentive professors and offered the same advice they drilled into him: "Talk to everybody. Networking is not about who you know, but who knows you."

He also credited Appalachian with cultivating integrity and assuredness in himself. "Appalachian prepared us to be leaders, not followers," he said.

He also demonstrates his value: Early into his internship with a New York-based licensing company, which he landed during a student conference in Miami, Fla., he quickly proved his worth and was rewarded with a position in New York. There, it didn't take him long to land a side job composing music for a film director, who also happened to need financial backing. Sain offered to help raise the money.

"It was a bad movie, but what I learned from that is that movies need to raise money and I had skills to do that. I talked to investors non-stop and never burned a bridge," he said.

He had no idea he wanted to be a film producer when he graduated from Appalachian, he said, but he soon recognized his passion and where he was willing to put his energy. As a music major, "I was just an OK composer," he explained. Since then, he's learned he is willing to "help people get what they want. To be a producer, you have to have an eye for a script and have a knack at raising money. That I can do." 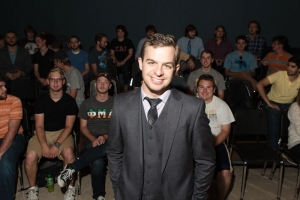 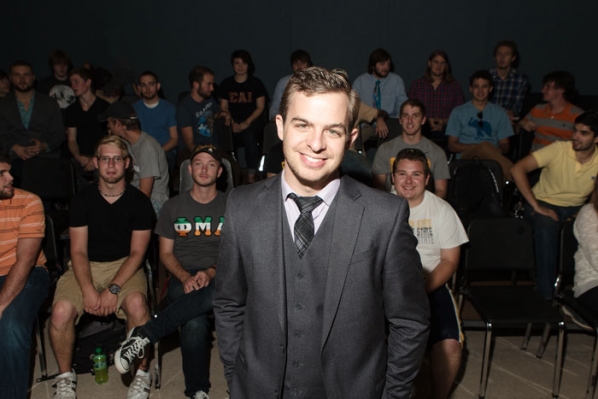