In their concert on Tuesday, April 20, at 8:00pm, the Steely Pan Steel Band will play a program featuring students’ arrangements and compositions.

The concert will be live-streamed at https://music.appstate.edu/performances.

What is the theme of Tuesday’s concert?

We are doing something a little different from our typical "high-energy" concert. Although we do have a few of those pieces on the program, our focus this time has been more about “groove” and also the “sweet” sound of pan.

A large portion of this concert will be pieces either composed or arranged by our students! Adam Summey wrote an original trio, it’s all a bit much sometimes, for tenor pans, which is absolutely beautiful. This is a unique instrumentation for steel pan, and we are excited that Adam is exploring new territory!

The program can be found here.

Can you tell us a bit about the background of these pieces and the steel pan tradition?

We also have several arrangements of popular music that were done by our band members.

When steel pans were first invented in Trinidad and Tobago, some of the first music played on them was popular music from the radio. Since then, there has been a tradition of arranging all kinds of music for steel pan, and they even have a competition every year where bands of 100+ members compete with their own arrangements of the popular songs of the year!

How did COVID-19 precautions affect the way you rehearsed and performed?

We are playing quite a few chamber pieces, originally due to COVID-19 protocols, but they turned out to be wonderful opportunities for the students! They learned to play in a small ensemble setting with a lot more individual responsibility, as well as attention to the sounds they are each producing on their own instruments, which is sometimes hard to hear in a large band setting.

About the Steely Pan Steel Band

The Steely Pan Steel Band® consists of 22 performers and 41 steel drums, including drumset and percussion. The ensemble has gained quite a reputation performing at universities, art festivals and and all types of schools throughout the south. They were featured at both the North and South Carolina Music Teachers Conventions and have given clinics/performances at Percussive Arts Society's Day of Percussion. The Steely Pan Steel Band was sponsored by WSOC, channel 9, in Charlotte, N.C. as part of the city's Spring Fest and performed on the Fourth Ward stage. The ensemble performs a variety of music from traditional soca/calypsos, to classical, to rock and roll, and even performs traditional Appalachian Mountain music. Any style of music can be played on steel drums.

SPSB holds auditions each semester for new members. Any student is welcome to join, and prior steel pan experience is not necessary. For more information, visit our Auditions page.

Directed by Dr. Diana Loomer (loomerdc@appstate.edu), the Steely Pan Steel Band frequently performs on campus, around the state of North Carolina and throughout the region. 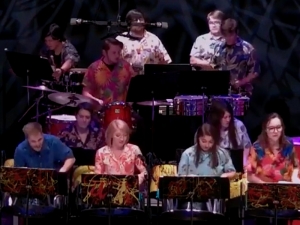 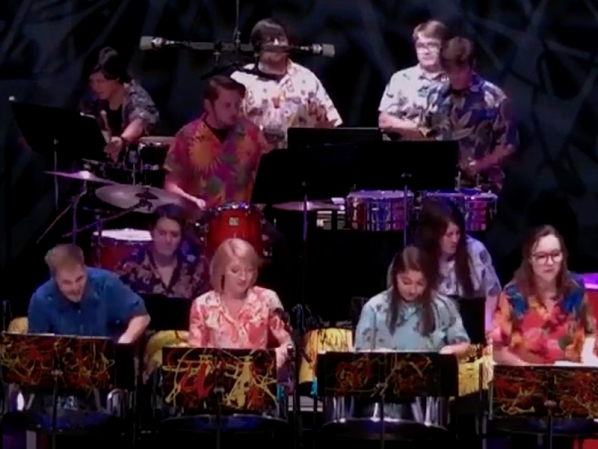