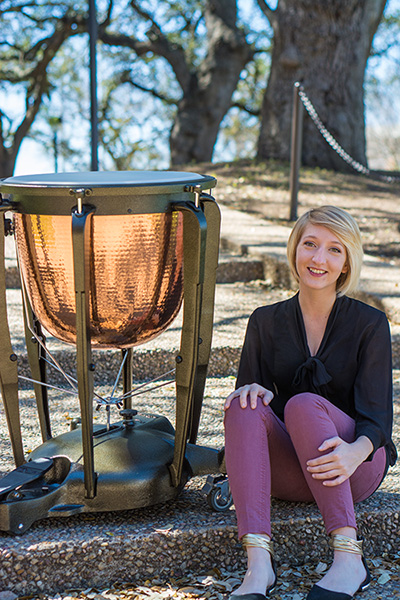 Dr. Diana Loomer is the director of the “Steely Pan Steel Band” and a Percussion Instructor at Appalachian State University. She is an active percussionist and music educator, currently based in the Asheville, NC area. Diana also teaches Percussion Methods classes and has private lesson studios at Western Carolina University and Livingstone College.

Diana has performing experience in many different areas of percussion. She has performed with the Western Piedmont Symphony, Johnson City Symphony, Austin Symphony, and Charlotte Philharmonic Orchestra. She has an extensive background in world percussion, including steel pan, tabla, Afro-Cuban, Brazilian, and West African percussion. She traveled to Ghana in 2014 to study gyil and djembe with Bernard Woma. She is a current member of Zabumba Asheville Samba, and a former member of the Austin Samba School, Maracatu Texas, and the Inside Out Community Steel Band. Diana and her partner, Morgan Tao, form the Blue Iron Percussion Duo. Together, they perform and teach steel drums across Western North Carolina and Tennessee.