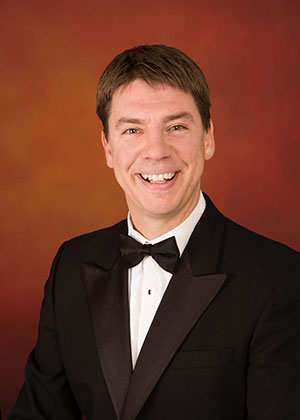 Dr. Jason Gardner is the Associate Director of Bands in the Hayes School of Music at Appalachian State University. He is the director of the 275 member Marching Mountaineers, conducts the Symphony Band, and teaches various music education courses including Band Literature, Band Techniques, and Marching Band Techniques.

Dr. Gardner has over 20 years of teaching experience, 14 of which were spent teaching high school and middle school bands in the public schools of Indiana. He was an active member of IMEA, IBA, and ISSMA as an adjudicator, committee chairman, event host, and performer. For over 20 years he performed with various bands and orchestras across Indiana and Illinois. He earned his DMA with a concentration in Wind Band Conducting and a Cognate in Horn Performance at the University of Illinois at Urbana-Champaign where he served as a graduate teaching assistant and was the recipient of the TJ Harris Award for excellence in conducting.

While studying at the University of Illinois, Dr. Gardner also conducted bands at Illinois Wesleyan University in Bloomington, IL. He was also the Music Director and Conductor of the Indiana Youth Wind Symphony in Indianapolis, IN. During this time Dr. Gardner focused on introducing works composed by women and underrepresented minorities to his students at both UI and IWU, a focus he brings to the classroom at App State.

In 2016 he received his Master of Music in Wind Conducting degree from Ball State University where he served as a graduate teaching assistant with the BSU Bands and received the Ball State Merit Fellowship Award. His primary conducting teachers are Dr. Stephen Peterson and Dr. Thomas Caneva. He holds a BME degree from Taylor University.

Dr. Gardner is an active member of CBDNA, NBA, NAfME, and NCMEA.