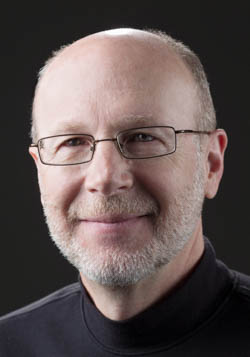 William Harbinson is a commissioned composer (BMI) whose compositions have been published by Alfred Publishers (CA), Carl Fischer (NY), Brass Chamber Music Press (TX), TRN Music Publishers (NM), Alry Publications (WA), Triplo Press (MN), Cimarron Music Press (CT), and the International Horn Society. His symphonic work, Kallalanta won the Merle J. Isaac Senior Composition Competition in 2007. He has twice won the Hinda Honigman Cup competition sponsored by the North Carolina Federation of Music Clubs, recognizing two of his works as the best published compositions by a North Carolina composer in 2006 (All the Starry Band, Symphonic Band) and 2011 (Lake Dance, Symphony Orchestra). His composition for brass and percussion, The Maestro’s Flourish won the Dallas Wind Symphony Fanfare Competition (2005). His original band composition, Sparkle was included in Bandworld Magazine’s “Top 100 Compositions of 2011-2012”. He has been nominated as the North Carolina Music Teachers Association Composer of the Year (1986) and was a finalist in the Pi Kappa Lambda National Composition Contest (1993), the National String Orchestra Association Composition Contest (1998), and the Merle J. Isaac Composition Contest (2006). His Songs of Appalachia received an honorable mention in the Americas Vocal Ensemble Competition Contest (1999). A number of his works for band appear on the contest/festival literature lists of several states. He has received ten Editor’s Choice Awards (Pepper Music Catalog) that identify “the very best of the new music available.” A CD of Dr. Harbinson’s songs, performed by the vocal quartet APPropos!, was released in 1999. His works have received performances by ensembles and chamber players throughout the United States and abroad. Dr. Harbinson is the co-author of Beyond Harmony: An Introduction to Analysis of Form and Structure in Music. He received the 100 Scholars Award from Appalachian State University (2008) signifying his sustained record of creative activity. Phi Mu Alpha presented him with the Orpheus Award (2009) for his significant and lasting contributions to music in America. Dr. Harbinson served as the Dean of the Hayes School of Music at Appalachian State University from 2000-2009. He retired in 2017 and lives in Boone and Ocean Drive Beach (SC).

Dr. Harbinson received the prestigious Appalachian Outstanding Teaching Award in 1992 and a UNC Board of Governors Excellence in Teaching College Award in 2014. He completed the Bachelor of Music degree in instrumental music education at Appalachian, the Master of Music degree in music theory at the University of Alabama, and the Ph.D. in music theory at Florida State University. His teaching experiences are very broad, ranging from his years as band and choral director at North Rowan Middle School and North Rowan High School in Spencer, North Carolina to his faculty position at Florida State University. He appears regularly as a conductor, clinician, adjudicator, and guest composer/arranger.