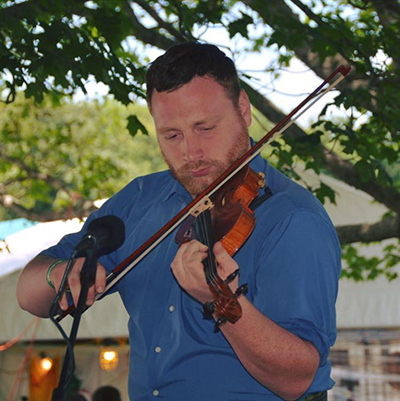 Shane Watson is a local award winning fiddler who focuses on performing Scottish traditional music of the 18th and 19th centuries, having studied with Dr. John Turner. Shane holds a degree in Sacred Music/Organ Performance from Appalachian State University, 2018 studying with Dr. Joby Bell. Shane is active in promoting Scottish music and its connection to the traditional music of Appalachia through performance and lessons. His other hobbies include Revolutionary War reenactment with His Majesty’s 23rd Royal Welch Fusiliers in America  and Scottish Country Dancing. Shane is also an Alumni member of the Iota Omicron chapter of Kappa Kappa Psi.