Join us at the Schaefer Center for the Performing Arts or watch the livestream at The Hayes School of Music Livestream! 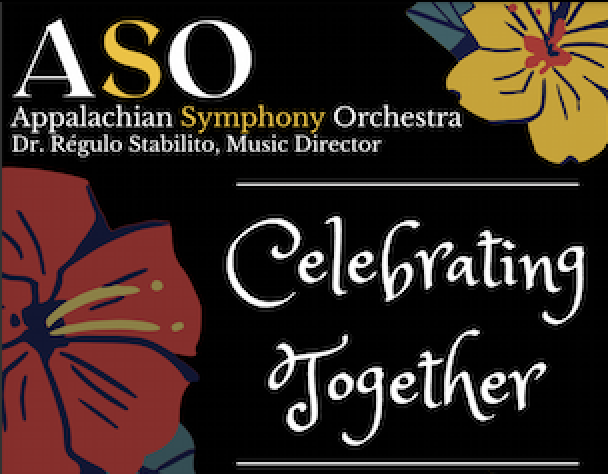 José Pablo Moncayo, Huapango (1941):  Based on popular tunes from the Mexican region of Veracruz, the word “Huapango” comes from the combination of the words “Huaxtecas” (local aborigines) and “Pango,” the old name of the Panuco River. During the celebration of the popular fiestas, the Huapango is danced on wood platforms, some of them for one or more couples and others just for women. The rhythmical richness of the dance is portrayed with the “taconeo” (heel-stamping) and its particular accentuation.

Huapango was the result of the field trip to Alvarado, as José Alcaraz refers: “it was [Carlos] Chávez himself who asked Moncayo to write a piece based on popular music on the Mexican southeast for a concert called “Traditional Mexican Music.” Moncayo’s piece is based on three specific huapangos: “Ziqui Ziri,” “Balajú” and “El Gavilancito.” As Moncayo wrote “in this region folkloric music is preserved in its most pure form.” However, the piece presents the traditional elements of the popular tunes being developed by Moncayo’s thought on the symphonic structure and orchestral sonority, creating one of the most performed Mexican symphonic works.

The piece was premiered on August 15, 1941, with the National Symphony Orchestra of Mexico under the baton of Carlos Chávez. Moncayo studied composition with Carlos Chávez in the Mexico City Conservatory before coming to the U.S. to study with Aaron Copland at the Tanglewood Music Center in 1942.

Tchaikovsky, Symphony No. 4 in F Minor, Op. 36: Tchaikovsky's 4th Symphony among his works is perhaps the piece that expresses most accurately the turbulent personal life of the composer. The score is dedicated "to my best friend," by which Tchaikovsky meant his patron Nadezhda von Meck with whom Tchaikovsky maintained an intense correspondence during nearly 14 years, even when they never met personally. Many of Tchaikovsky's words about the compositional process of the Symphony are described in those letters. During that time, Tchaikovsky received friendship, emotional and financial support from von Meck. Tchaikovsky married Antonina Milyukova in July 1877, a marriage that will last few weeks in what Tchaikovsky described as a "terrible wound." He felt heavily burdened by his homosexuality and the consequences of its possible disclosure.

Undoubtedly that conflict is deeply represented in the Symphony No. 4, Tchaikovsky wrote to the composer and teacher Sergey Tanayev:

"In reality, my work is a reflection of Beethoven's Fifth Symphony; I have not copied his musical contents, only borrowed the central idea… Let me add that there is not a single measure in this Fourth Symphony of mine that I have not truly felt, and which is not an echo of my most intimate spiritual life."

The 4th Symphony was composed in 1877 and premiered in February 1878 conducted by Nikolay Rubinstein. Tchaikovsky's words on the Symphony in the letters to von Meck are the best description source to what he called a program for the Fourth Symphony:

The first movement starts with a fanfare with a motive that Tchaikovsky labeled as Fate:

"This is that fateful force which prevents the impulse to happiness from attaining its goal, which jealously ensures that peace and happiness shall not be complete and unclouded, which hangs above the head like the sword of Damocles, unwaveringly, constantly poisoning the soul. It is an invincible force that can never be overcome — merely endured, hopelessly." The fate motive foreshadows the disheartened motive of the first subject in the Moderato con anima. The second subject shines with the brightness, pureness, and simplicity of the dreams: "How wonderful! How distant the obsessive first theme of the allegro now sounds! Gradually the soul is enveloped by daydreams. Everything gloomy and joyless is forgotten. Here it is, here it is — happiness! No! These were daydreams, and Fate wakes us from them" The fate motive returns with its dramatic force, giving the path to the coda and the final statement of the principal theme.

"The second movement expresses another aspect of sadness. This is that melancholy feeling which comes in the evening when weary from one's toil, one sits alone with a book — but it falls from the hand. There comes a whole host of memories. It is sad that so much is now in the past… It is both sad, yet somehow sweet to be immersed in the past..."

"The third movement expresses no specific feeling. This is whimsical arabesques, vague images which can sweep past the imagination…The spirit is neither cheerful nor sad. They have nothing in common with reality; they are strange, wild, and incoherent..."

"The fourth movement. If within yourself you find no reasons for joy, then look at others. Go out among the people. See how they can enjoy themselves, surrendering themselves wholeheartedly to joyful feelings."