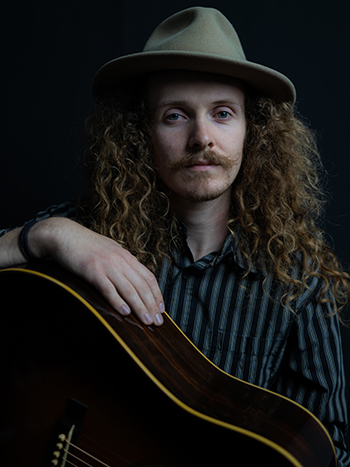 Robert (Rob) McCormac, originally from Asheville, NC, lives a musical life in the broadest sense. As a performer, Rob specializes in acoustic music traditions of the American South, and performs with the Billboard-charting bluegrass band Cane Mill Road, which was recently named the “Momentum Band of the Year” by the International Bluegrass Music Association. In this capacity, Rob has performed throughout the United States and Europe at notable festivals and venues ranging from Merlefest (NC) to the Berklee Performing Arts Center (MA).

As a scholar, Rob fluidly navigates between the fields of music theory and ethnomusicology. His academic interests include old-time and bluegrass music, the cultural history of Appalachia, historiography, musical participation, genre theory, the Highlander Folk School and Black Mountain College, and music theory/music history pedagogy. Rob has presented his scholarship at conferences for regional organizations including the South Central Society for Music Theory, College Music Society (Southern Region), and the Appalachian Regional Commission Teaching Project, and has been accepted to national conferences for the College Music Society, Appalachian Studies Association, and the Pedagogy into Practice conference.